Mortgage rates are still low, making it a seemingly great time to buy a home.

But aspiring home buyers still need to overcome one major obstacle before they lay eyes on their dream home: Can they afford it?

The typical U.S. worker now needs to earn $52,700 a year to be able to afford the monthly payments for a home worth the national median of $240,700, according to a recent report released by HSH.com, a mortgage information website.

That threshold can look very different from one city to the next. For instance, someone in Atlanta only needs to earn about $40,000 to afford a monthly mortgage payment — one of the most affordable cities on the list. But someone trying to buy a house in Washington, D.C., would need to earn twice as much. In San Francisco, they would need to earn four times as much. 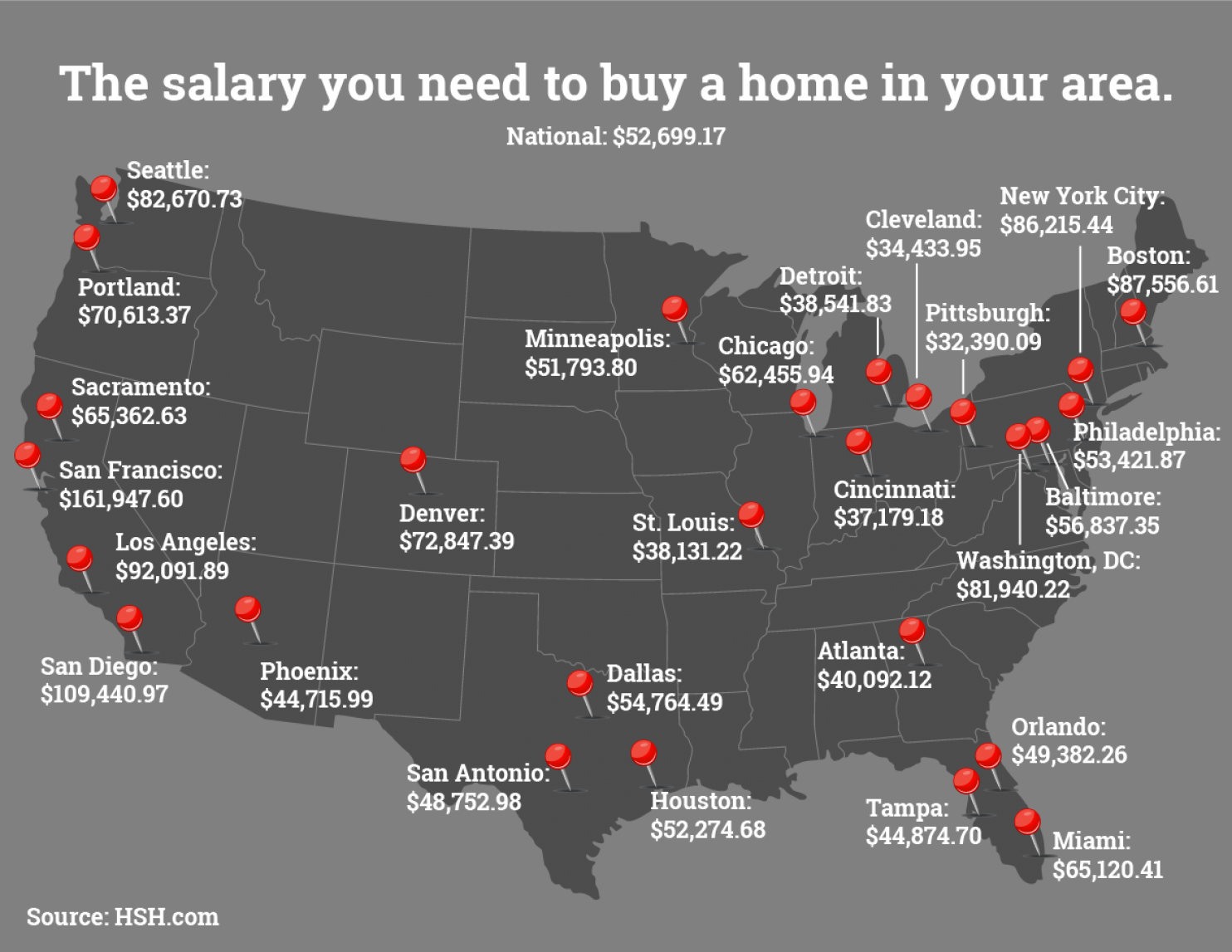 [The most expensive cities in the U.S.]

Analysts calculated how much homeowners need to earn each year so that the monthly mortgage payments for the median-priced home — including the principal, interest, taxes and insurance — would take up no more than 28 percent of their monthly gross income. (Financial advisers generally recommend that housing costs take up no more than a third of your pay.) The study also assumed that home buyers gave a 20 percent down payment.

Home buyers across the country may have noticed a similar trend as home prices have increased, says Keith Gumbinger, vice president of HSH.com. Home values rose at a faster clip in some parts of the country where there aren’t as many homes for sale, Gumbinger says.

“It’s a good time to buy a house in theory,” says Svenja Gudell, chief economist at Zillow, a real estate listing website. “But practically, it’s very hard actually getting there.”

Higher home prices, rising rental costs and a shortage of affordable homes may have some renters feeling like home ownership is increasingly out of reach, Gudell says.

Renters’ confidence in their ability to buy a home has dropped over the last two years, according to a report from Zillow released last week. Only 38 percent of renters said it was a good time to buy a home in July, down from 47 percent in January 2014.

Print Details
Previous post
Next post
2016 Home Buyers & Sellers Highlights
35 US Neighborhoods, On The Rebound, to Consider Buying a Home in.