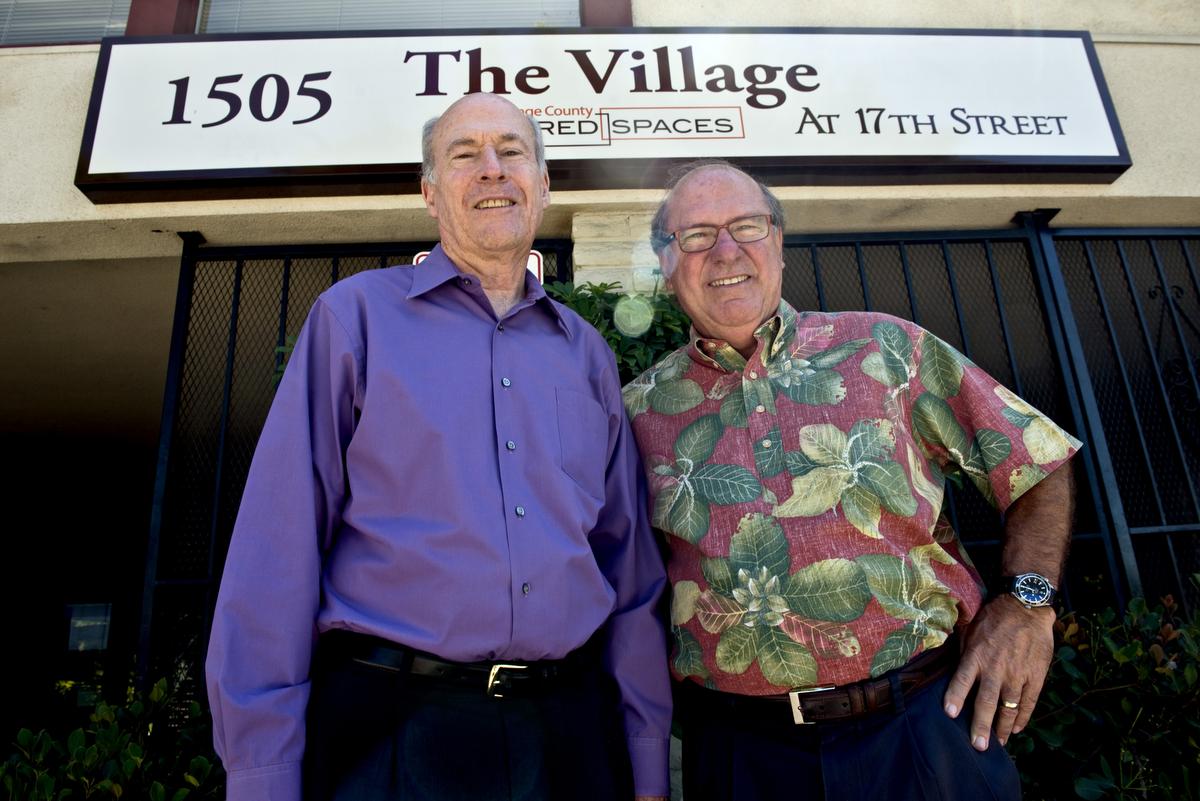 The sign atop the Santa Ana building reads: “The Village at 17th Street.”

Yet, at first glance, this squat stucco structure looks nothing like an actual village.

But if an office building can be said to have a soul, this one’s is surely village-like. Its 18 tenants have forged a community with one shared goal: helping people.

Across from a church, down the street from a taco joint and a birth control clinic, the Village is Orange County’s first building that is dedicated to housing nonprofits.

It is one of about 400 so-called shared spaces across the United States and Canada, a number that has doubled in six years.

“Real estate with a social purpose,” is what the Nonprofit Centers Network, a Denver-based association, calls their mission.

Some buildings, like Orange County’s, house the administrative staffs of multiple organizations, offering them below-market rents, shared amenities and the chance to collaborate more easily.

Others are one-stop hubs where, for instance, low-income children can access various social services, whether dental care or after-school tutoring.

Still others offer co-working space for artists. And some are thematic, clustering environmental groups, social justice advocates or educational charities.

The two-story Village, wrapped around a grassy courtyard, hosts a kaleidoscope of philanthropies: Grandma’s House of Hope abuts Pacific Islander Health Partnership. Science@OC is down the corridor from Mercy House and OC Food Access.

One tenant is a small government agency: the Children & Families Commission of Orange County with a staff of 12. The agency dispenses funds to various charities, including some in the building.

Along with sister agencies across the state, Orange County’s commission is funded by tobacco taxes, which have dwindled as fewer people smoke. But with the Village’s below-market rent, the commission saved $68,550 over three years, money it put back into programs.

She also appreciates the Village’s serendipitous collaborations. “I can’t tell you how many conversations end up happening in the ladies’ room,” she said with a chuckle.

In Orange County, the idea took root eight years ago. William Podlich, a retired co-founder of Pimco, the Newport Beach investment giant, was on vacation in Colorado when he saw a reference to a nearby nonprofit center in a local newspaper.

“I thought, gosh, that’s a good idea,” he recalled.

Podlich visited the facility, did some research and discovered the nonprofit center network.

“I had been on a lot of boards,” he said. “I’d given away money scattershot. It occurred to me: Why not focus your philanthropy on things that strike a number of groups rather than one at a time.”

Podlich contacted Shelley Hoss, president of the Orange County Community Foundation, who embraced the concept. She connected him with another philanthropically minded retiree – architect and developer Warren Lortie.

The two men found a building, and set up the Orange County Shared Spaces Foundation to buy it. Podlich oversaw much of the fundraising and Lortie, working pro bono, handled much of the renovation and leasing.

The project cost nearly $4 million, including a $2.5million mortgage. About $1 million came from charitable donations. The community foundation offered a $500,000 loan, and when that was repaid, loaned another $100,000. Last year, it made a $50,000 grant for capital improvements.

“Real estate is a roller coaster for nonprofits,” Lortie said. “They’re allowed into office buildings when the market is down. When markets get better, greedy landlords raise the rent.”

When the Village opened in 2010, leases were offered at $1.30 per square foot. Comparable office space with similar amenities could cost up to $2 per square foot today, Lortie said.

Besides stability and affordability, the Village offers an array of unusual free perks, including a 2,500-square-foot conference center with a boardroom, a training room and kitchen.

Another large room set up by CASA, the foster care agency, to train as many as 50 volunteers at a time, is open to the other groups too. Smaller meeting rooms and a lunch break room are available.

A full-time, on-site concierge coordinates use of the common space, helps with chores such as setting up projectors for meetings, and organizes events to bring tenants together.

For instance, a public relations expert gave a presentation on media strategy. A workshop provided information on data collection and program evaluation. Later this month, Mercy House will offer training on how to approach the homeless.

Tenants also participate in an annual book swap, and twice-monthly yoga classes, offered for free by one of the nonprofit employees.

The half-hour of yoga helps Dorit Harrell de-stress from emotionally draining work, the foster care case supervisor said. “We work with a population that has lots of life struggles and sadness.”

The Village, fully occupied and financially self-sufficient, has a half-dozen nonprofits on a waiting list to get in, but little turnover is expected.

“There is plenty more demand than we can fulfill,” Hoss said. “Our hope was to create a model that others could be inspired by. It would be great if there were also one in North County and South County.”

Podlich, 71, and Lortie, 72, hope others will pick up the baton, perhaps for a center that would offer services, not just administrative space.

“We should do this in Fullerton and in San Juan Capistrano,” Podlich said. “Anaheim would be a very good place, where there are a lot of the same kinds of social service needs.”

Lortie also is looking “for someone to step forward and say, ‘Let’s do this in our neighborhood.’ Whether it is Stanton, Westminster, Anaheim or Lake Forest. We could use three or four of these in Orange County.”