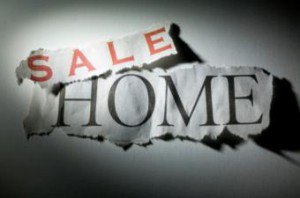 The single-family rental market has seen an unprecedented boom in popularity in the last two years for a number of factors, one being the lack of available housing inventory for sale. The result of the boom has been an increase in rents, and this increase is influencing renters to become homebuyers, according to a survey from Redfin. For Q1 2016, 25 percent out of the 750 homebuyers surveyed said that the rising cost of renting was their main motivation for purchasing a home, while 29 percent said that life events such as marriage or the birth of children were the biggest influencer in their decision to buy. Inventory, or the amount of homes to choose from when buying, is an issue for 20 percent of respondents, up from 16 percent in the fourth quarter, according to Redfin. Many economists have cited low inventory levels as a major concern heading into the spring homebuying season. Earlier in February, the National Association of Realtors reported that even with an over-the-month increase of 3.4 percent up to 1.82 million existing homes for sale as of the end of January 2016, housing inventory was 2.2 percent lower than January 2015’s total of 1.86 million.

NAR Chief Economist Lawrence Yun stated that “current supply levels aren't even close to what's needed to accommodate the subsequent growth in housing demand,” while Realtor.com Chief Economist said that “This January reading is the lowest January measure of supply since January 2005. We’ve now seen 41 straight months of tight supply. In conditions of tight supply, home values have strong support, but potential buyers will continue to face challenges finding a home for sale that meets their needs.”

Additionally, 16 percent of those surveyed by Redfin said they were concerned about competition from other buyers, which is an increase of 1 percentage point from last year.

The Redfin survey showed that 53 percent of buyers anticipated that home prices would increase soon, while only 48 percent of respondents said the same in the previous survey. Of those indicating that prices would rise, 13 percent said that they would increase significantly, compared to 10 percent previously. The most recent NAR report showed that the median existing-home sales price was $213,800 in January 2016 for all housing types (single-family homes, town homes, condominiums and co-ops) and is up 8.2 percent from the previous January’s median price of $197,600. January 2016 marked the largest price gain in nine months (8.5 percent in April 2015) and the 47th straight month of year-over-year home price appreciation.

As bidding wars are concerned, 60 percent of buyers said they would remain disciplined, but would consider paying a little more. This number is up from 58 percent last quarter and 55 percent in August. On the other hand, 27 percent said they would step back to avoid overpaying, while 12 percent would compromise on a lower-priced or less-competitive home. Only 1 percent of those surveyed said they would be willing to pay more for a home to get it.

Print Details
Previous post
Next post
Home Is Where The Heart Is
Put Your Housing Cost To Work For You!